Amazon’s business model is surveillance. They infiltrate our neighborhoods and homes with products that record everything we do. Amazon’s practices and technology threaten our privacy, civil liberties, and security. Fill out the form below to demand lawmakers investigate Amazon’s surveillance dragnet.

Amazon's business model is all about using monopolistic practices to sweep up and exploit data from our private and public lives. Their products record our conversations, capture us on live camera feed, identify our faces, and track our movements. Amazon partners with local police departments to build a nationwide surveillance network. And they contract with election officials to provide services that allow them to access and store our voter registration and voting history, including the candidates we voted for. Amazon is a threat to our homes, our rights, and our democracy. We need to stop them in their tracks.

In over 600 cities across the country, Amazon provides police departments with warrantless access to request and store footage from Ring’s doorbell cameras. In exchange, local law enforcement use their platform, social media, and city events to market Ring products and technology. The surveillance partnerships between police and Amazon poses privacy, civil liberty, and security concerns. Amazon’s Ring-police partnership best exemplifies their surveillance empire in action.

The Washington Post has reported that there are currently more than 400 police departments across the United States who have entered into surveillance partnerships with Amazon’s camera enabled doorbell company, Ring. These partnerships pose a serious threat to civil rights and liberties, especially for black and brown communities already targeted and surveilled by law enforcement.

A key component of the partnership turns police departments into marketing agencies and police officers into salespeople for Amazon. Amazon provides officers with talking points to promote their technology and products to residents, and requests departments market the products at city events. While Amazon gives participating departments free products for promotion, the majority of the products are privately purchased from Amazon. In some municipalities taxpayer money has been used to subsidize Amazon surveillance products for residents’ use. On the back end, Amazon carefully scripts everything that authorities say about the program, and coaches police on the best talking points to get customers to hand over their footage.

With no oversight and accountability, Amazon’s technology creates a seamless and easily automated experience for police to request and access footage without a warrant, and then store it indefinitely. In the absence of clear civil liberties and rights-protective policies to govern the technologies and the use of their data, once collected, stored footage can be used by law enforcement to conduct facial recognition searches, target protesters exercising their First Amendment rights, teenagers for minor drug possession, or shared with other agencies like ICE or the FBI.

Amazon’s internal corporate policies raise serious privacy concerns. The Ring technology gives Amazon employees and contractors in the US and Ukraine direct access to customers’ live camera feeds, a literal eye inside their homes and areas surrounding their homes. These live feeds provide surveillance on millions of American families––from a baby in their crib to someone walking their dog to a neighbor playing with young children in their yard––and other bystanders that don’t know they are being filmed and haven’t given their consent. Additionally, the technology has no end-to-end encryption leaving this extremely private and sensitive footage vulnerable to cyber-attacks, stalkers, or foreign governments.

Amazon has not been transparent about plans to integrate facial recognition into Ring cameras. Amazon Ring has denied any connection between their technology and facial recognition software, but according to the Washington Post, Ring filed two patents in November 2018 “that describe technology with the ability to identify “suspicious people” and create a “database of suspicious persons.” Ring’s terms of service allow the company to “access and use your User Recordings” for “developing new Products and Services,” which covers facial recognition. The Information reported Ring’s Ukraine-based research team accessed customer’s surveillance footage to train image recognition software. As facial recognition software has been shown to disproportionately misidentify people of color, women and transgender people, it further compounds existing civil liberties concerns and expands suspected criminality centered in racial profiling and gender bias.

As Amazon continues to grow in influence, so do the costs and effects of their domination. Freedom of information requests reveal Amazon carefully scripted and regulated the talking points police departments could use in discussing the Amazon-police partnership. Departments were forbidden from using words like ‘surveillance’ in any communication related to the partnership. This level of censorship and control is indicative of Amazon’s business model of using monopolistic practices to vacuum up enormous amounts of data. That data is then leveraged to bolster Amazon’s corporate interests, often at the expense of local businesses and smaller competitors. Amazon’s latest encroachment with the Ring-police partnerships exemplify the company’s willingness to do what it takes to expand their data empire. Once they have this data, there is nothing stopping them from using it for their own profit-driven purposes.

Amazon Ring partnerships with police departments threaten civil liberties, privacy and civil rights, and exist without oversight or accountability. Given its significant risks, no surveillance partnerships with Amazon Ring should have been established, or should be established in the future, without substantial community engagement and input and elected official approval. To that end, we call on mayors and city councils to require police departments to cancel any and all existing Amazon Ring partnerships, and to pass surveillance oversight ordinances that will deter police departments from entering into such agreements in the future. We further call on Congress to investigate Ring’s practices and demand more transparency from the company.

WAYS TO STOP AMAZON ON THE LOCAL LEVEL

Amazon is aggressively pursuing surveillance partnerships with local police departments in cities across the country. We've heard from multiple elected officials that they were not even aware the police department had entered into one of these partnerships. Amazon has found the perfect end-run around local elected officials and the community. We will not be co-opted into the United States of Amazon. Fight back in your local community by: 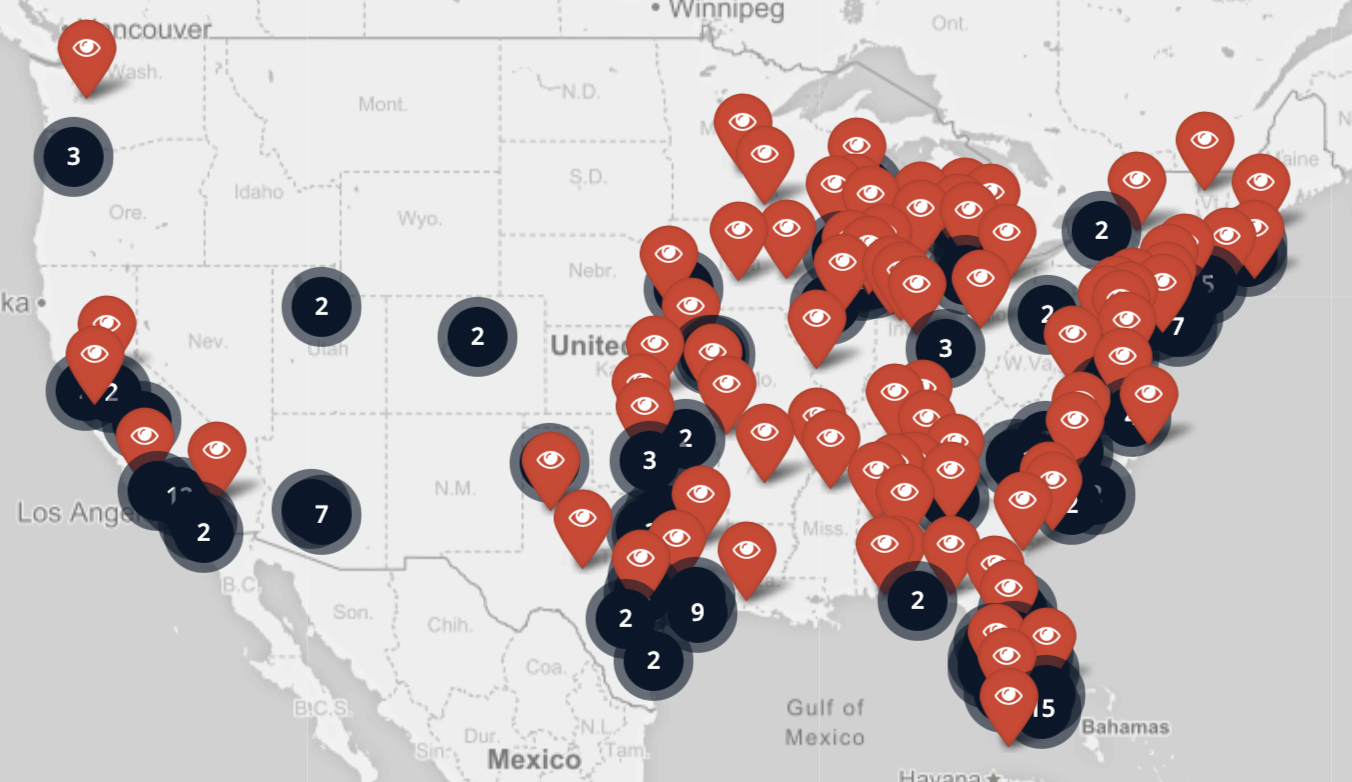